Plain Talk About The Current Crisis 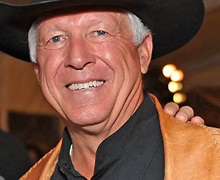 It’s impossible to default on the debt—-years down the road, maybe.

Average monthly interest costs are $18 billion…we take in on average $225 billion. By law, the president must pay interest first before anything else.

In addition to interest we must roll over the $550 billion of maturing debt each month. Newly issued bonds replace maturing bonds with no net change in total debt outstanding. If the Chinese and other investors won’t purchase them, Federal Reserve Chairman Bernanke will just buy them for the Fed’s account.

When confronted with money problems, adults make decisions and set priorities. We pay the mortgage before we pay the cable bill. But [some politicians choose] to intentionally inflict pain on the American people by making the most headline-grabbing cuts possible.

What better example of this disgusting antic than erecting physical barriers on Tuesday, blocking access to the open air World War II Memorial to a group of visiting Mississippi vets? Erecting the barriers actually cost money to do so!

They recently shut down White House tours and National Parks but still managed to find the money for bonuses to IRS staffers and a multi-million dollar weekend of golf for the president and Tiger Woods.

The Social Security folks send out $68 billion a month. Active-duty military members get about $12.5 billion. From there, we work through the budget in order of priority, air traffic controllers, meat inspectors, etc. Unfortunately, the $225 billion a month falls short of the federal government’s important obligations.

But why not be honest and say “the government wouldn’t be able to pay all of its bills” rather than the over-dramatic nonsense that “we will default on our debt”?

…The doomsayers have it exactly backwards. Say your personal finances were a mess, so you quit adding debt and cut spending. Your credit score would improve. If you don’t believe me, ask any banker. Why would raising our national debt limit help our credit rating?

Some in the media posit that Standard & Poor’s reduced our credit rating due to “political gridlock.” Do you think it just might be because we are like a household earning $26,000 a year, spending $38,000 – and increasing daily our $169,000 credit card debt? How significant is the comparable $865 sequester reduction in relation to a $38,000 expense level?

Why do we tolerate such nonsense and demagoguery from our politicians and media?

Employees in small towns all across America suffer lower incomes when their employer struggles or goes out of business. In Washington, DC, forget it! Our Ruling Political Elite believe we out here in the hinterlands (colonies?) just fell off the pumpkin truck.