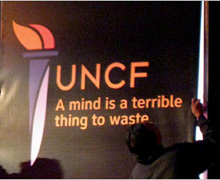 By Jesse Saffron | When I first read University of Pennsylvania professor Marybeth Gasman’s June 12 Inside Higher Education op-ed titled “Give the Money Back,” I was baffled by the author’s strong, hyper-political opposition to the Koch brothers’ recent $25 million donation to the United Negro College Fund. Because the money will be used to fund college scholarships for qualified black students, it seemed odd that Gasman, who staunchly supports historically black colleges and universities, wants the UNCF to return the money. In her view, the donation is “tainted” because the Koch brothers have, in the past, donated “huge amounts of money to Tea Party candidates who oppose many policies, initiatives, and laws that empower African Americans.” 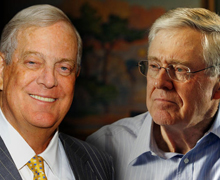 George Leef, writing in today’s Pope Center feature, argues that critics of the scholarship fund, such as Professor Gasman, are misguided:

Money is fungible. Any dollar has exactly the same worth as any other dollar. Money is also sterile – it does not magically transmit whatever real or imaginary evil the person who earned it may have done to the next person who takes the dollar in trade or as a gift. Quite a few people who have done horrible things during their lives make bequests to their churches. Those churches are not contaminated with crimes of the givers.

Don’t take that quote as a concession by Leef that the Koch brothers have “done horrible things.” On the contrary, Leef says that, had the Koch brothers’ limited government philosophy been adopted decades ago, blacks would be much better off today. He also points out that the brothers’ gift and high expectations for scholarship recipients will benefit future black students and that, instead of attempting to score political points, supporters of the UNCF and HBCUs should look for more ways to collaborate along charitable, voluntary lines with organizations and people like the Kochs.