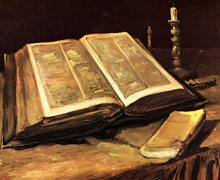 By Eric Metaxas | One Fourth of July ad would have you believe that the Founding Fathers sought to shield our nation’s government from Christianity. Clever, but not true.

This Fourth of July, I opened up the New York Times, and whammo! I found an extremely misleading ad sponsored by the Freedom From Religion Foundation.  “Celebrate Our Godless Constitution,” it read.

The ad featured pictures of six founding fathers, and cherry-picked quotes that made it appear that these men were die-hard atheists—or at least, did not approve of Christianity influencing our nascent nation’s government.

Now, it’s quite true our Constitution is secular; the founders were well aware of what can happen when kings and countries force a particular religion on its citizens. Think Iran today.

But there’s a big difference between believing a Constitution should be secular, and believing that religion—in this case, Christianity—should have no influence on one’s country and its laws.  Five of the six founders listed in the ad strongly believed that America would not survive if her people were godless.
For instance, John Adams warned in 1798, “Our Constitution was made only for a moral and religious people. It is wholly inadequate to the government of any other.”

George Washington shared this view. In his Farewell Address, the old general said, “Of all the dispositions and habits which lead to political prosperity, religion and morality are indispensable supports.”  And, he added, “Reason and experience both forbid us to expect that national morality can prevail in exclusion of religious principle.”

Benjamin Franklin—no doubt a rather worldy man—urged participants in the Constitutional Convention to pray, because, he said, “the longer I live, the more convincing proofs I see of this truth—that God governs in the affairs of men. And if a sparrow cannot fall to the ground without his notice, is it probable that an empire can rise without his aid?”

While James Madison, like Franklin were against a state-imposed religion, as of course I am, our fourth president also noted that “before any man can be considered as a member of civil society, he must be considered as a subject of the governor of the universe”—that is, God.

So while the Constitution cannot be considered a religious document, many of our founders’ religious views deeply informed their thinking about the kind of government America should embrace. To suggest otherwise is intellectually dishonest.

They also considered freedom of religion so important that they enshrined it in the First Amendment to the Constitution. This includes the right to bring our beliefs into the public square to influence our fellow citizens on issues like slavery, as antebellum believers did, and abortion, as Christians in Texas recently did, and as many are trying to do with marriage.

Ironically, the New York Times itself revealed how silly and misleading the Freedom from Religion Foundation ad is just a few pages later. Every Fourth of July, it reprints the Declaration of Independence—and kudos to them for doing it.

Allow me to read from the text: “We, therefore, the Representatives of the United States of America… [appeal] to the Supreme Judge of the world for the rectitude of our intentions.”

But wait, there’s more! The Declaration’s signers wrote that they were acting “with a firm reliance on the protection of divine Providence.”

We need to help our kids understand the complicated truth about religion and America’s founders—and with “firm reliance” appeal to God to both bless America, and to forgive the sins of our nation.

Because Franklin was right: God does govern the affairs of men.