Of Art And Ethics And Their Children 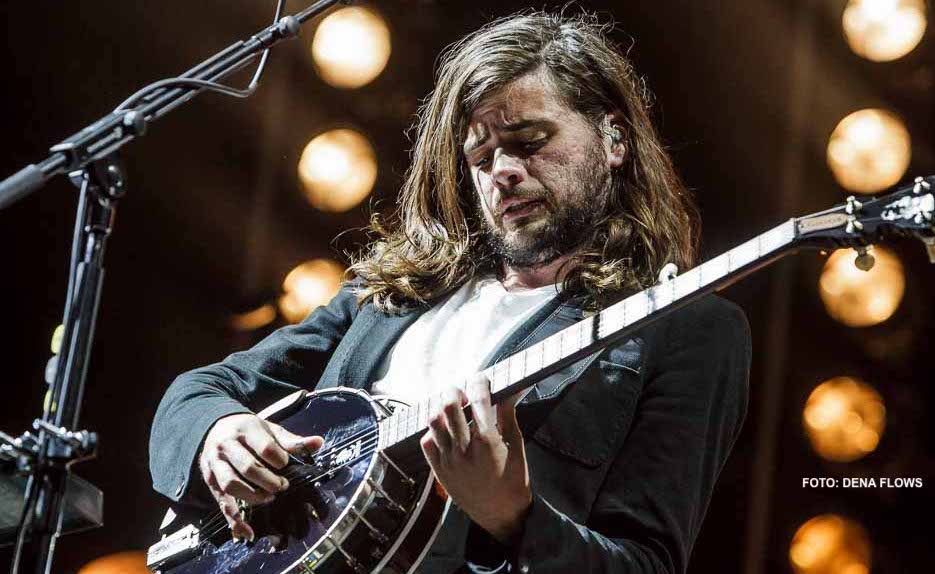 I don’t think it will come as too much of a surprise to anyone if I say that in high school I was a dedicated fan of the band Mumford & Sons. Americana instrumental flourishes (banjo rock solos) paired with a decidedly Anglo lyrical tradition (Shakespeare, the King James Bible…Plato?) and crystalline earnestness was an irresistible combination to teenage me as it stirred my soul and filled my ears. While my world today is one of politics, in high school my time was largely given over to the arts, to theater, choir, drawing, poetry recitation, home movies, and the like. So, it was a strange feeling of world’s colliding and collapsing in on each other when I saw on Thursday that Winston Marshall is leaving Mumford & Sons because he feels he must choose between being honest about our political moment and being a good brother to a musical team.

In a brief Medium post, Marshall, who played the banjo and guitar for the band, cites Aleksander Solzhenitsyn as he explains that he cannot in good conscience cease from commenting on the state of the world—especially what he sees as dangerous far-left extremism—but that the mob has made such commentary the problem of his bandmates, and so he must leave the band if he is to remain honest. He writes, “For me to speak about what I’ve learnt to be such a controversial issue will inevitably bring my bandmates more trouble. My love, loyalty and accountability to them cannot permit that. I could remain and continue to self-censor but it will erode my sense of integrity.” In a cowardly age taking a stand like this counts as considerable courage, and I applaud him. And when Marshall says he’s basically a center-left liberal, and condemns the far right in addition to the far left, I believe him. But as he knows, and I know, and you probably know, the mob doesn’t believe him, or at least doesn’t care. 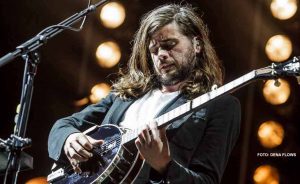 The political has swallowed up the arts as just one more front in the culture war. On the one hand, there is a higher honesty to this, for ever since the Republic we have known that what the poets produce can build or destroy a regime, and that what we celebrate as beautiful shapes the citizenry and teaches with more force than written law. But on the other hand, the Anglo-American liberal political project was supposed to preserve separate spheres of life, to lower the expectations of politics to the maintenance of the liberties, such as freedom of speech, that would allow, for example, the arts and artists to flourish largely unmolested, whether by mob or official censor. That kind of liberalism has, as the theorist Patrick Deneen has reminded us, failed, perhaps because it too fully succeeded; democracy just means mob-rule, after all.

Freed from the supposed tyranny of tradition or cultural inheritance, artists and consumers both are left to flail about in pathetic emotionalism, translating taste into assertions of power, which our society knows only how to express in raw commercialism or political ideology. For a member of Mumford & Sons or any other sufficiently popular artist to fail to comply with the pieties of the moment is, rightly and wrongly at the same time, seen as a threat to the dominant order. We still recognize creators to occupy a special place in society’s pantheon, possessors of an authority beyond that of mere mortals, and so it is critical to police them, to ensure they know their place, organ-grinders for the anthems of the time. Consider how poorly Kanye West has been treated by the public, now loved, now hated, depending on whether he’s on or off the reservation.

Artists today are victims of their own success, coopted by the lowest-common denominator commercial system that made some of them very rich. The romantic triumphs of the solitary genius have been institutionalized over the course of the last century into the product of a machine. But that subjects art to the logic of institutions and their self-preservation. As someone observed recently on Twitter, “the USA used to export pop culture, it now exports the culture war, and I found myself thinking: That’s because nowadays the culture war IS our pop culture.” The culture war is a battle over control of the machinery of culture production, and at a certain point, more quickly than we generally realize but long anticipated by subtle thinkers and creative types, the fight becomes more important than what is produced, the desire to win more immediate than the needs of craft.

In terms of classical rhetoric, then, our public discourse is dominated by logos and pathos. That does not mean it is either rational or compelling, but it does mean that ethos has been largely excluded. Our moment requires an ethical turn, and artists can lead the way. The answer to broken institutions and shallow emotivism is individuals of supreme discipline and drive, the return of the creator of the old type. The flattening and politicization of democratic society can be best countered by the hierarchy of art, for excellence and beauty are ruthless, as we see perhaps most clearly in the sublimity of great athletes. The true artist, like Kanye West, does not want to be merely good, but the best, a kind of god. He bears an ethical burden to be, no matter the consequences, absolutely dedicated to his art.

I hope Winston Marshall will continue to make music. In his willingness to walk away from the success of Mumford & Sons he shows the ethical conviction required by our time. And I hope that you will consider, if you’ve been given the talent, if the spirit stirs you, dedicating yourself to excellence in your own medium, to your own craft. We need artists—poets, musicians, novelists—aware that they are vessels of eternity, not merely players in the games of the moment. Plato’s Republic is right, the poets are a danger to the regime. And Plato’s Republic is right, a work of poetry like itself can point us to another way of living, another way of seeing, can plant seeds that will grow in the burned out soil of the wasteland in which we find ourselves wandering.

Of Art And Ethics And Their Children