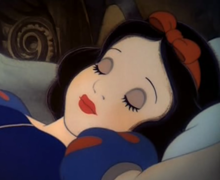 By John Stonestreet   | Threats against religious liberty and freedom of conscience are no longer theoretical—they’re real, and they’re growing. Just ask Jack Phillips, the owner of Masterpiece Cakeshop in Denver, who declined to make a wedding cake for two men who got “married” in Massachusetts.

Phillips said this would violate his Christian beliefs, and there are other shops who would make the cake. But Colorado’s new law on civil unions does not provide religious protections for businesses, so Phillips is being hauled before Colorado’s Civil Rights Commission. If he loses, he faces fines of up to $500 per case and a year in jail. Phillips’ attorney says that forcing him to “choose between his conscience and a paycheck . . . is intolerable.” But that’s a choice that same-sex “marriage” is forcing upon those of us with traditional religious beliefs. The once rhetorical question “how will gays getting married affect you?” is being answered all around us.

And the Obama administration is still requiring Catholic charities and other religious institutions to provide their employees with insurance for abortion-inducing drugs—or face crippling fines.

Archbishop Charles J. Chaput of Philadelphia says, “The day when Americans could take the Founders’ understanding of religious freedom as a given is over. We need to wake up.” Chaput is responding to the latest revelations in the IRS scandal. It’s not just conservative political groups that were targeted. The Alliance Defending Freedom has released a tape of an IRS agent telling a pro-life Texas group that they can’t “force” their religious beliefs on others. How handing out brochures is forcing anything on anyone is not explained.

Also, an IRS employee may have leaked a confidential donor list from the National Organization for Marriage to the pro-“gay marriage” Human Rights Campaign, whose president was named a national co-chair of the Obama campaign.

These donors were subsequently “outed” and harassed by liberal activists. Chaput warns that “the latest IRS ugliness is a hint of the treatment disfavored religious groups may face in the future, if we sleep through the national discussion of religious liberty now.”

Congressman Jim McDermott criticized the IRS targeting of conservative groups, but he also blamed the victims. “Each of your groups is highly political,” he lectured. “From opposing the President’s healthcare reform, to abortion restrictions, to gay marriage, you’re all entrenched in some of the most controversial political issues in this country—and with your applications you are asking the American public to pay for that work.”

What’s the implied message? Think twice before entering the public square if you don’t have the proper beliefs. Keep in mind that no so-called “gay-rights” groups have ever been lectured. Such open bigotry is scandalous, really.

The Department of Justice, meanwhile, has released a brochure encouraging its managers to ensure that the lifestyle choices of LGBT employees are not just tolerated, but affirmed. If an LGBT employee “comes out” to a manager, the manager is told: “DON’T [in capital red letters] judge or remain silent.” Why? “Because silence will be interpreted as disapproval.” Well, if employees can’t express disagreement or be silent, the only remaining option is obvious…