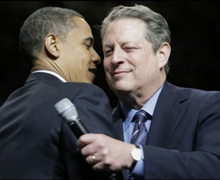 “I would say that basically global warming is a non-problem,” Giaever, who won the Nobel for physics in 1973, told an audience at the Lindau Nobel Laureate meeting earlier this month. 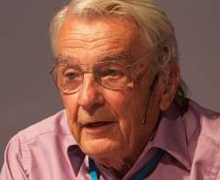 Giaever ridiculed Obama for stating that “no challenge poses a greater threat to future generations than climate change.” The physicist called it a “ridiculous statement” and that Obama “gets bad advice” when it comes to global warming.

“I say this to Obama: Excuse me, Mr. President, but you’re wrong. Dead wrong,” Giaever said.

Giaever was a professor at Rensselaer Polytechnic Institute’s School of Engineering and School of Science and received the Nobel Prize for physics for his work on quantum tunneling. Giaever said he was “horrified” about the science surrounding global warming when he conducted research on the subject in 2012.

Ironically, just four years earlier he signed a letter with more than 70 other Nobel winners saying the “country urgently needs a visionary leader” and that “Senator Barack Obama is such a leader, and we urge you to join us in supporting him.”

But by 2011,  Giaever left the American Physical Society because it officially stated that “the evidence is incontrovertible … [g]lobal warming is occurring.” The Society also pushed for reducing greenhouse gas emissions.

“Global warming really has become a new religion,” Giaever said. “Because you cannot discuss it. It’s not proper. It is like the Catholic Church.”

Giaever argued that there’s been no global warming for the last 17 years or so (based on satellite records), weather hasn’t gotten more extreme and that global temperature has only slightly risen — and that’s based on data being “fiddled” with by scientists, he said.