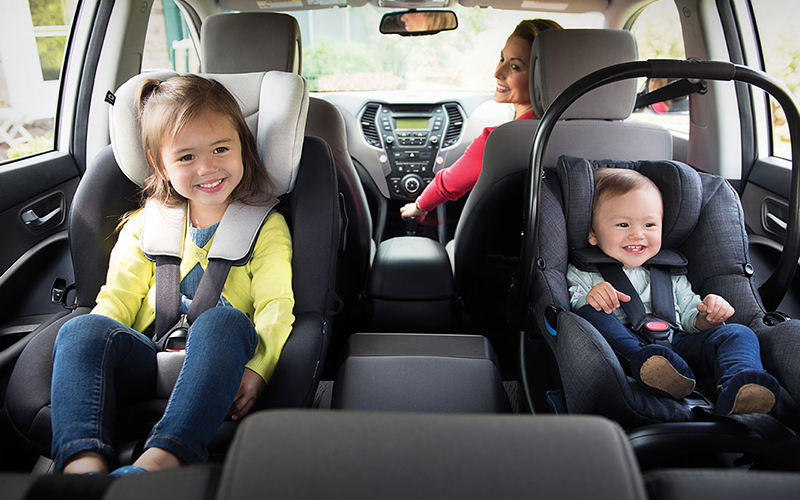 In the spring of 2003, I was in my third year of graduate school and expecting my third baby. One day, I ran into a fellow student whom I had not seen in some months. Seeing my baby bump, she exclaimed: “Your third? Do you really think that’s healthy?”

The baby is now a handsome, 6’1’’ high school senior, a scratch golfer hoping to play college golf; he lights up my world with cheerful bear hugs, frequently makes me a latte at the crack of dawn when his dad is out of town (not kidding!), drives his younger siblings to school each day, sends me heart emojis, worked all summer of his own accord, and recently insisted on spending his summer earnings on a new oven for me. He is one of the greatest goods in my life. How absurd would it have been for me to see his arrival—a gift I could not fully fathom before I knew him—as a threat to my health?

Of course, in some sense it was. My legs were worse off after that pregnancy, and my pelvic floor, too. My abdominal muscles didn’t improve, and months of nausea led to bad eating. I certainly didn’t sleep well when he was a baby. And I developed an autoimmune disorder after his birth that has never gone away. I wouldn’t want to make light of those things. They were—and remain—real hardships.

But the problem with my fellow student’s attitude was that it assessed only the losses, which were material, measurable, and imminent, but not the gains—immaterial, incommensurable, and remote. This is lowbrow instant gratification masquerading as highbrow responsibility: It prefers cheap pleasures today (my body remains intact) over expensive pleasures in the future (my whole life is enriched), gets the ordering of the goods wrong (taking pride in a child is infinitely better than taking pride in my body), and prefers parts over wholes (health is just one part of a whole, fulfilled life, and only makes sense in service of that whole). To get the latter wrong is to make health the enemy of life. 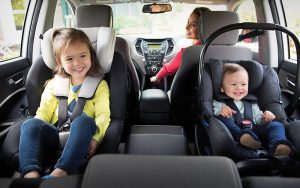 These thoughts were recalled to me this week by a new study put out by research faculty at MIT and Boston College respectively, Jordan Nickerson and David Solomon. Published on SSRN as a working paper, “Car Seats as Contraception” examines state and year variation in car seat laws. Since 1977, these laws have increasingly raised the age until which a young child must ride in a car seat (to as high as age 8 in some states). The authors note, as anyone with a third child can attest, that “these laws significantly raise the cost of having a third child, as many regular-sized cars cannot fit three child seats in the back.” They go on to pull state and year census data on household births, and find that women with two children below the car seat age in any given year are approximately three-quarters of a percentage point less likely to have a third child in that year than women with two children who are not constrained by the regulation (e.g., with at least one child above the car seat age). Since the probability of a woman with two kids giving birth to a third child in any given year is already very low (about 9 percent), a nearly one-point reduction in third births is significant.

For the year 2017, the authors estimate a permanent reduction of 8,000 births. Over their entire sample period, beginning in 1980, Nickerson and Solomon estimate about 145,000 prevented births, with 90 percent of the prevented births occurring since the year 2000 as car seat regulations became more aggressive. They point out that merely rolling back the car seat age (to age 4), rather than repealing the laws altogether, would have a significant positive impact on births, and they present simulations to this effect.

Nickerson and Solomon also tackle the difficult question of how many child fatalities might have been prevented from the same car seat laws. These are tough estimates to make, but their data are conservative and drawn from available public sources. To make the estimate correctly, they have to consider the probabilities of fatal accidents, and the marginal increased fatality risk of being in a seat belt vs. being in a car seat (for a child over the age of 2) conditional upon being in an accident. Their best estimate is that car seat laws prevented about 57 fatalities nationwide in 2017—in contrast to the 8,000 lives prevented.

The authors suggest that since children’s lives are on both sides of the ledger here—a “miniscule” number lost, and a great number never born—it is hard to believe that the law gets the trade-offs right at the social level. They say it implies a willingness to forego so many children in exchange for preventing one loss that parents could surely be left to use car seats of their own accord.

Taken at face value, these findings are a classic economics story about the unintended consequences of government mandates, like the iconic 1975 paper by Sam Peltzman that asked whether seat belt laws had made people more safe, by restraining them in accidents, or less safe, by reducing the cost of reckless driving leading to more recklessness. (He concluded it was the latter.) There is a related phenomenon at work here, too, that reminds us of Bastiat’s broken window fable. The unintended negative consequences—prevented births—are unseen, whereas a single child fatality is hard to un-see.

But beyond face value, these findings pose the uncomfortable question about just how much “life” we are willing to give up for the sake of secondary goods. These secondary goods, like health and safety, undoubtedly make life better, but certainly don’t define it, not even in the abstract. A good life isn’t just an additive bundle of all the secondary goods. It isn’t worth more if we are healthy, or able-bodied. And anything truly great requires real risks.

A morbid obsession with safety jettisons life in order to preserve life. (As I have six sons, this is a lesson I have to learn over and over again!) I hope that the political realignments of our time will include serious pushback against the notion that policy and class preferences for eliminating risk have moved us closer to the good life, or even to the good society. A sanitized life is no way to live.