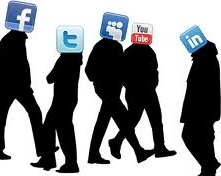 “Today’s unemployment picture for Millennials offers little in the way of promise for a generation in which genuine opportunities continue to be few and far between. Expected temporary seasonal hiring brought the overall 18-29 year old unemployment rate to 10.9 percent. However, more than 1.7 million young adults are still not counted by the Department of Labor as unemployed because they have given up looking for work due to the lack of available jobs. If you factor in those young adults, the Millennial unemployment rate rises to 16.4 percent, which is virtually identical to last month,” said Matthew Faraci , Senior Vice President for Communications at Generation Opportunity and a former U.S. Labor Department spokesperson. “Millennials have high expectations of those who were elected in November and are eager for the kind of real job growth that would finally, after years of stagnation, afford them a chance to put their substantial skills to work.”

The November jobs report is the first since the 2012 Presidential Election, when Millennials voiced historic frustration with the lack of access to opportunity at the voting booth. According to national exit polling published by The New York Times, the incumbent candidate’s margin of support among 18-29 year olds dropped 11 points from 2008 levels.