Marriage on the Ropes? 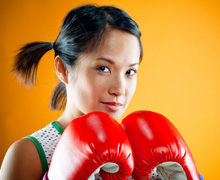 By Eric Metaxas | You’ve heard it over and over: Gay “Marriage” is inevitable. Well, at least that’s what its supporters want you to believe.

In his book, “The Black Swan,” Nicholas Nassim Taleb discussed what he calls the “narrative fallacy.” This refers to our “limited ability” to look at a sequence of facts “without weaving an explanation into them.”

While this tendency helps us make sense of the world around us, it can and often does mislead us. It creates a mistaken impression that we understand things better than we really do. And, it often causes us to view the facts in ways that are consistent with the narrative we ourselves have created.

Case in point: the recent news – or in this case, news blackout – out of Illinois.

A few weeks ago the state legislature took up the issue of same-sex marriage. The outcome was regarded as a foregone conclusion. Illinois is President Obama’s home state, and his party enjoys commanding majorities in both houses. Same-sex marriage enjoyed the support of both the governor and Chicago Mayor Rahm Emanuel. The president had even personally lobbied state legislators.

Given all that, the vote in favor of gay “marriage” in Illinois was inevitable, right?

The pastors demanded that legislators acknowledge that marriage “is an institution created by God to bring men and women together for the benefit of children that can only be created through the union of men and women.”

Their efforts paid off: Illinois did not succumb to the “inevitable.” They defeated “gay-marriage advocates and their supporters in the legislature in the bluest of blue states.”

If you haven’t heard about this important victory, you’re not alone. Until we here at BreakPoint read Brown’s piece, we hadn’t heard about it, either. Not that the lack of media attention is any surprise, because on this issue I’m sorry to say, the mainstream media are cheerleaders and activists, not reporters.

That kind of coverage bears no resemblance to actual public opinion on the subject. Instead, it presents same-sex marriage as an idea whose time has come and those who insist otherwise as relics from a less-enlightened age.

What happened in Illinois cuts across the grain of this worldview and the narrative it produces. Instead of considering the possibility that the story they are telling is not true, the tellers of this story in the media completely ignore facts that contradict the narrative.

That doesn’t make their story any more true. There is nothing “inevitable” about the redefinition of marriage….