Life During the Time of the Big University 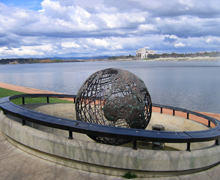 By David Brooks | Many American universities were founded as religious institutions, explicitly designed to cultivate their students’ spiritual and moral natures. But over the course of the 20th century they became officially or effectively secular.

Religious rituals like mandatory chapel services were dropped. Academic research and teaching replaced character formation at the core of the university’s mission.

Administrators and professors dropped spiritual language and moral prescription either because they didn’t know what to say or because they didn’t want to alienate any part of their diversifying constituencies. The humanities departments became less important, while parents ratcheted up the pressure for career training.

Universities are more professional and glittering than ever, but in some ways there is emptiness deep down. Students are taught how to do things, but many are not forced to reflect on why they should do them or what we are here for. They are given many career options, but they are on their own when it comes to developing criteria to determine which vocation would lead to the fullest life. 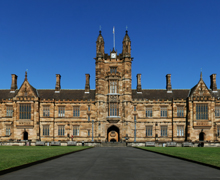 But things are changing. On almost every campus faculty members and administrators are trying to stem the careerist tide and to widen the system’s narrow definition of achievement. Institutes are popping up — with interdisciplinary humanities programs and even meditation centers — designed to cultivate the whole student: the emotional, spiritual and moral sides and not just the intellectual.

Technology is also forcing change. Online courses make the transmission of information a commodity. If colleges are going to justify themselves, they are going to have to thrive at those things that require physical proximity. That includes moral and spiritual development. Very few of us cultivate our souls as hermits. We do it through small groups and relationships and in social contexts.

In short, for the past many decades colleges narrowed down to focus on professional academic disciplines, but now there are a series of forces leading them to widen out so that they leave a mark on the full human being.

The trick is to find a way to talk about moral and spiritual things while respecting diversity. Universities might do that by taking responsibility for four important tasks.

Colleges can insist that students at least become familiar with these different moral ecologies. Then it’s up to the students to figure out which one or which combination is best to live by.

Second, foster transcendent experiences. If a student spends four years in regular and concentrated contact with beauty — with poetry or music, extended time in a cathedral, serving a child with Down syndrome, waking up with loving friends on a mountain — there’s a good chance something transcendent and imagination-altering will happen.

Third, investigate current loves and teach new things to love. On her great blog, Brain Pickings, Maria Popova quotes a passage from Nietzsche on how to find your identity: “Let the young soul survey its own life with a view of the following question: ‘What have you truly loved thus far? What has ever uplifted your soul, what has dominated and delighted it at the same time?’ ” Line up these revered objects in a row, Nietzsche says, and they will reveal your fundamental self.

To lead a full future life, meanwhile, students have to find new things to love: a field of interest, an activity, a spouse, community, philosophy or faith. College is about exposing students to many things and creating an aphrodisiac atmosphere so that they might fall in lifelong love with a few.

But the great works of art and literature have a lot to say on how to tackle the concrete challenges of living, like how to escape the chains of public opinion, how to cope with grief or how to build loving friendships. Instead of organizing classes around academic concepts — 19th-century French literature — more could be organized around the concrete challenges students will face in the first decade after graduation.

It’s tough to know how much philosophical instruction anybody can absorb at age 20, before most of life has happened, but seeds can be planted. Universities could more intentionally provide those enchanted goods that the marketplace doesn’t offer. If that happens, the future of the university will be found in its original moral and spiritual mission, but secularized, and in an open and aspiring way.