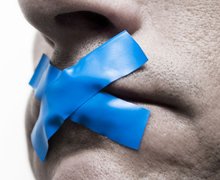 By Eric Metaxas | Beyond disturbing. A British court wants to decide the truth of religious beliefs. Don’t believe me?

Last week, a British magistrate issued what the Telegraph newspaper called “one of the most unusual documents ever issued by a British court.”

What was this “unusual document?” It was an order to the head of the Mormon church to defend seven of that body’s doctrines in connection with possible fraud charges.

Now let me get this out of the way from the beginning: I am every bit as skeptical of many Mormon doctrines as the magistrate might be, perhaps even more so. But unlike the magistrate, I believe in religious freedom, which is why, my skepticism notwithstanding, I am deeply troubled by this development and the ugly precedent it could set.

You should be, too.

On February 4, District Judge Elizabeth Roscoe issued a summons ordering Thomas S. Monson, the president of the Mormon church, to appear in Westminster Magistrates Court in London on March 14.

The purpose of his appearance will be “to defend the church’s doctrines including beliefs about Adam and Eve and Native Americans,” among other things.

In her order, Roscoe listed seven Mormon teachings which Monson is expected to defend. These include the teachings that “American Indians are descended from a family of ancient Israelites,” and the belief that “Adam and Eve lived around 6,000 years ago.”

To show she means business, Roscoe’s summons warns Monson that a warrant for his arrest could be issued if he fails to appear on March 14.

Roscoe justifies her order by arguing that “asking members of the church to make contributions while promoting theological doctrines which ‘might be untrue or misleading’ could be a breach of the Fraud Act [of] 2006.”

The order was issued in response to a “little-used legal procedure” in which “people who say they have evidence that someone has committed a crime can ask a magistrate to issue a summons requiring them to attend a court hearing.”

In this case, the person doing the asking was “Tom Phillips, a disaffected former Mormon who now runs MormonThink a website highly critical of the church.”

It doesn’t require much imagination to see how, if this precedent is allowed to stand, this “little-used legal procedure” can become an oft-used tool by the disaffected and, especially, those hostile towards people of any faith.

After all, many evangelicals and their churches believe in what is called “young-Earth creationism.” And these churches all solicit and even expect contributions. Arguably, they could also run afoul of the Fraud Act.

Even more troubling than the summons itself is the idea that a government official, in this case a judge, is fit to pass judgment on the content of people’s beliefs.

Claims like these and its stories about the origins of Native Americans can be falsified in ways that, for instance, the Resurrection and Virgin Birth cannot be.

But once you concede the principle that religious beliefs can be judged in this manner, religious freedom is more than jeopardized — it’s effectively a dead letter. “Untrue or misleading” becomes whatever a judge says it is.

And that leaves us all, regardless of our beliefs, markedly less free