Is It or Ought It to Be? 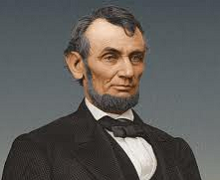 By Prof. Jack Lewis | A good question is a powerful thing.  But not all questions are the same.

Perhaps an illustration will help.  Examine the following two questions:

In the first, an empirical question – the information being sought is factual or, if subjective, is not being pressed beyond a simple opinion.  In the second instance, however, there is clearly a judgment being required in the answer.  Rather than simply asking if something happened, this question now asks if that thing should have happened.

The first question leads to a list of things that show change in the global economy (and no, I don’t know what a “global economy” is, or if such really exists, but the question exists because I asked it).  The second question can be answered initially with a simple “yes” or “no.”  But then the fun begins.  Because if you say “yes” you have now taken a position that can be examined at the level of truth, goodness, and beauty.  As soon as you answer either way, in fact, you reveal an ethical belief about good and its opposite.

And that is why many avoid these engaging questions in our day.  Many folks are afraid of making value judgments, or of making them public, because our culture has fallen prey to the politically correct crowd whose one value that they judge more important than any other is the value of “non-offense,” which they otherwise like to call “tolerance.”

It is hard to call this position (or value) “tolerance” because tolerance demands something to be tolerated.  An empirical question does not need to be tolerated or have any other emotional response: it simply needs to be answered.  Once you move into normative questions, however, you are forced to deal with disagreement, and that brings us to a normative question: i.e., “How much should we tolerate the differing opinions of others?”  If every opinion is equal, because every answer is just as right as another, then tolerance is really our only response.  But if truth exists, and can be known, and can be communicated from one person to another (and all of that is so), then one opinion can be much closer to the truth than another.

This is the heart and soul of normative questions: the idea that one action or idea ought to be lifted above others because it is right.  To pretend that such a truth is not important enough to press its reality upon others is in essence to not care about others.  “Let them find out for themselves.”  Rather than pursue this theoretically, allow one historic example to illustrate.

Abraham Lincoln faced a difficult normative question as he ran for the Presidency.  “Should the slave be treated as a man, or not?”  Dred Scott had declared the slave to be “property.”  But Lincoln pressed this question to his adversaries because he knew that in regard to taking orders, performing his work, and even furthering the species, the end answer must be that slaves were in some way human.  Once the human answer was given, then he could press home what our own Declaration of Independence had stated regarding the inalienable rights of men, including that of freedom.  By keeping his discussion framed in the normative, what ought to be, he won his point.

So bringing this back to our day and to the classroom, why should we pursue normative questions over empirical ones?  Why are they better forms of questions?

The answer is because education is supposed to be about the cultivation of wisdom and virtue, both of which demand examining more than simply what is, and pressing on into what ought to be.  Education ultimately should lead the learner somewhere, to some action, not simply to a place of “knowing more” – but instead on into becoming a better person.  And for that to happen, what is must be examined in light of what ought to be.

As long as relativism reigns in our academy, this will be difficult.  But it is possible to topple the relativistic house of cards with some hard, normative questions.  Bring the normative question with you to class and see what can happen – in fact, what should be happening.