Is it Discrimination or Just Intellectual-Lite? 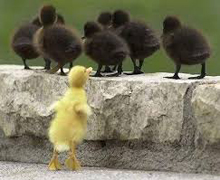 By Charlie Peacock | I discriminate.

I have a prejudicial bias toward some people. For one, I discriminate against pedophiles (people sexually attracted to children), but particularly those known by their community as sexual predators or traffickers who have been convicted of sex crimes against children. I set pedophiles apart as a particularly wounded people who should never be allowed access to children. 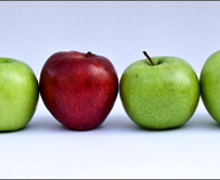 Yet, there is a disturbing trend among our American institutions of higher learning. In the interest of anti-discrimination, the keepers of our intellectual future have forgotten how to think discriminately – to tell the difference between one thing and another. You needn’t look further than the California State University system and Nashville’s own prestigious Vanderbilt University for evidence of intellectual downgrading – which for a university ought to be a serious contradiction and concern. The fuss is all about student groups on campus – as reported by CNN here.

Even though all students are already welcome in all groups (except sororities and fraternities), these universities are now insisting that all students have the right to participate as leaders, without fulfilling the requirements of leadership dictated by the various groups. If a recognized campus group refuses to allow any and all students this right (regardless of eligibility), then the student group will lose its “recognized” status on campus (which is akin to losing your space, access, and campus validity).

Our entire American society, and most of civilization, has a longstanding cultural agreement that leadership requires fidelity to what or whom the leader leads (e.g. an NFL Coach cannot be indifferent to the sport of football, secretly spending valuable game prep time on Major League Baseball instead). In every strata of life a position of leadership presumes qualification. Qualifications vary. The president of a parent-teacher association may have a general, important set of qualifications, but the qualifications and entry to leadership is not as specific and stringent as those for the president/CEO of the Mayo Clinic.

A beading group may require its leader to be the most knowledgeable among ten other beaders: “You’re a better beader, you lead.” But if you’re the chancellor of say, Vanderbilt University, it is far more complex. Before becoming the leader of a major university like Vanderbilt, a candidate would already have extensive leadership experience. Such is the case with Vanderbilt Chancellor Nicholas Zeppos, a distinguished legal scholar, educator, and executive with multiple degrees. To say that much has been required of Mr. Zeppos throughout his leadership life is a mammoth understatement. This is a man who has submitted to passing tests of intellect and moral conduct his entire adult life. If anyone knows what is required of a leader it is Mr. Zeppos.

This is not only true of Mr. Zeppos but also the thousands of leaders serving the Vanderbilt campus and throughout the CSU system of Universities. How then, does one explain this very odd ruling regarding campus group leadership? Why did Vanderbilt and the CSU system fail to think discriminately, to differentiate and separate – to tell the difference between one thing and another? These universities teach logic and epistemology. Surely leadership can differentiate between defending human rights, championing anti-discrimination, and the necessity of accountability in preparing leaders to lead in their respective vocations. Surely they have the tolerance of complexity to hold to these good goals with integrity. That is, unless they actually have a prejudicial bias against some but not all recognized campus groups.

I’ve held several leadership roles in the vocation of following Jesus, a two-millennia enterprise I joined in 1982. I’ve been an elder in the Presbyterian tradition, a musical worship leader, a teacher, and speaker. In addition, I have been creating music for over three decades, music that resonates with millions of people. I do not discriminate against listeners. All are welcome. And all are welcome to become students of Jesus. He promoted a “come and see” approach to teaching – no formal membership, just tag along, pay attention, learn as you go.

This two-millennia enterprise also has a book (in fact, sometimes we are called the People of the Book). It’s not really one book, but 66 books collected together. We read it to be taught and to gain wisdom. We learn what’s of primary interest to followers of Jesus, such as loving God and neighbor, and being just, merciful, and slow to anger. As with Chancellor Zeppos at Vanderbilt, leaders in our two-millennia enterprise must be qualified to lead. At a minimum, qualification means leaders must believe and confess that Jesus is who he says he is. And in practice, leader-followers must follow, putting into action what they learn concerning the new way to be human Jesus taught and embodied. Agreement with this is a profession of belief, an explicit truth claim about what is real. Not a preference, not a faith that lives outside matters of the public square or university, not my truth among a thousand conflicting “my truths”, but a serious claim that God is among us and for us. This is what we hold to.

No campus group described as Christian and truly following Jesus can ever let woman or man lead who does not hold to what is described above. Fidelity to Jesus is required. Knowledge and embodiment of the way he taught and instructed us to live is required, as is the recognition that all will fall short of perfection and need continual grace. Failing to require this of leaders would be setting intellect and integrity aside. Finally, there are meaningful words and sentences our community holds as reliable. These words and sentences organize and articulate our commitments to God, people, and planet. Pretending they don’t exist is not an option.

So what is actually going on here? Are the universities that insist all students may participate as leaders without fulfilling any requirement of leadership completely daft? Have they no shame at being so intellectually weak? Are they really unable to see that their own enterprise of higher education is one hurdle after another to reach a leadership position – tenure even?

Or, are they showing prejudicial bias against some groups and not others? Are they in fact discriminating in the name of anti-discrimination and caring little about the contradiction? If they are, they should say it.

Like this: I discriminate. And then tell the citizenship why.