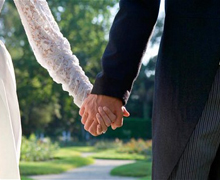 Marriage in America is in trouble: new data from Pew Research shows that barely half of adults in the U.S. are married. That’s an all-time low. And if this trend continues, singles will soon make up the majority of the adult U.S. population.

What’s more, the median age of first marriage for both men and women is higher than ever before. In other words, by the time the shrinking cohort who do decide to become brides and grooms reach the altar, they’re already flirting with 30.

All of this coincides with record numbers of out-of-wedlock births, prompting the obvious question—what kind of relationships are couples choosing instead of marriage? Well for the most part, says Pew, it’s cohabitation and single-parent homes. Marriage is no longer the default family unit. It’s one of many options, and according to Pew, millennials are phasing out matrimony at an accelerated rate.

But there’s another asteroid on the horizon. 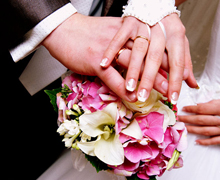 The National Marriage Project at the University of Virginia has also kept its finger on the pulse of marriage in America for decades. The group’s most recent findings indicate that the sexual free-for-all that’s making marriage obsolete is also eroding what’s left of the institution among those who do say “I do.”

In a study entitled “What Happens in Vegas Doesn’t Always Stay in Vegas,” the project found that the way couples “conduct their romantic lives before they tie the knot is linked to their odds of having happy marriages” afterwards. Researchers Scott Stanley and Galena Rhoades report that about 90 percent of couples today have sex before marriage. But those who only sleep with their future spouse have higher marriage stability than those who sleep around prior to their wedding day.

The problem is that only 23 percent of those having premarital sex stick with one partner. So it turns out that even if you plan on getting married, how you live single life impacts your future marriage profoundly.

So, what makes successful marriages successful? According to researchers at Emory University, one of the best predictors of marital success across the board is intentionality.

Couples who “slide” into cohabitation without deliberation or planning tend to fare poorly in an eventual marriage; but those who consciously commit to engagement and a wedding date do better.

Another predictor of a happy marriage, agree the Pew and Emory studies, is the emphasis couples place on external trappings. The bigger the diamond and more elaborate the wedding, they say, the more likely the couple is to eventually divorce.

And, the data also shows that those who regularly attend religious services divorce far less frequently than the general population. But, the highest rate of broken marriages happens among occasional church attenders. So, perhaps people should get serious about the church (?).

And so entering marriage intentionally—understanding and preparing for the peaks and valleys of married life, seeking the support of family and friends, committing to keep the promises made on that day—makes all the difference.