How Roe vs. Wade Gave Us Gosnell 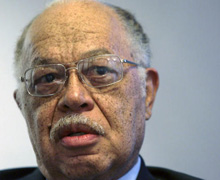 By Eric Metaxas | The testimony coming out of the trial of abortionist Kermit Gosnell paints an indelible picture of human depravity. Gosnell is charged with killing a 41-year-old woman patient as well as seven babies who’d been born alive after their abortions failed.

As the liberal commentator Roger L. Simon has written, “The trial of Dr. Gosnell is a potential time bomb exploding in the conventional liberal narrative on abortion itself.”

The grizzly details of the case have been strangely clarifying. By confronting what happened in Gosnell’s chamber of horrors, as well as what havoc legal abortion-on-demand has wreaked on the culture, even people who would not identify themselves as pro-life are saying it’s time for a change.

One is James Taranto of The Wall Street Journal, who has written a comprehensive indictment of the status quo, which he calls “a grave evil that ought to be abolished. It is murderous, if not categorically then at least in its extreme manifestations. Maintaining it,” he goes on to say, “requires an assault on language and logic that has taken on a totalitarian character. And it is politically poisonous.”

Taranto finds himself part of what he calls “the mushy middle.” On the one hand, he sees a time and a place for legalized abortions. On the other hand, he finds the arguments in Roe v. Wade completely unconvincing. “A funny thing happens,” he writes, “when you dissent from Roe v. Wade: You come to see that there’s not much else by way of intellectual content to the case for abortion on demand.”

While his “moral intuition is that an early-term abortion, or the use of abortifacient to prevent implantation, is different from a late-term abortion or infanticide,” he acknowledges that this intuition “is irreconcilable with the scientific fact that the difference between zygote and an infant—or, for that matter, an adult—is one of degree: All are human beings at different stages of development.”

And though he doesn’t want to draw the line between abortion and homicide at conception—resulting in no line at all—he understands that as a result he is on the slippery slope toward infanticide, the crime with which Gosnell is charged.

“The abortion lobby,” writes Taranto, “opposes restrictions on late-term abortions. But surely at least they agree that infanticide—the killing of a child after birth—is murder. Or do they?”

He then cites testimony given in the Florida House by a lobbyist for Planned Parenthood. When asked what should be done with an infant born alive from a “botched abortion,” the lobbyist replied, “That decision should be between the patient and the health care provider.”

In addition, Taranto notes that the “Journal of Medical Ethics” published a paper that argued for legalized “after-birth abortion,” which is to say, infanticide.

Taranto says that the Supreme Court, which had hoped a consensus would develop after its 1973 decision legalizing abortion, has instead further polarized the country—locking us in bitter, never-ending conflict. While he says a Human Life Amendment for the Constitution is impossible politically, Taranto nonetheless advocates overturning Roe v. Wade and Casey v. Planned Parenthood, thus sending the issue back to the states to fashion a compromise.

Taranto’s piece is very thoughtful and deserves to be read in full. The article can be read here.

Meanwhile, as people who believe in the sanctity and dignity of all human life—from conception to natural death—we must do all we can to end abortion, understanding that it will take more than changed laws. It will take changed hearts and minds. So let’s get to work, friends. For, as Paul Ryan recently said, “We don’t want a country where abortion is simply outlawed. We want a country where it isn’t even considered.”