Freedom of Expression in My Classroom 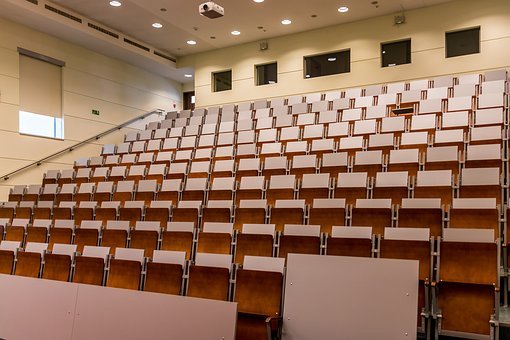 University students should be free from threat of institutional censure to state any opinion they wish and to state their opinions using whatever language they wish. At our university, however, students do not enjoy this freedom of expression. Various documents at Saint Mary’s University constrain what students may say and how they may say it.

The Code of Student Conduct, the Policy on Conflict Resolution and the Prevention and Resolution of Harassment and Discrimination, and the SMU Declaration of Respect—each can be used by administrators at Saint Mary’s to interfere with the peaceful expression by students of opinions, ideas, or emotions.

These documents conflict with freedom of expression because they contain, or have been interpreted by officials to contain, overly broad understandings of harassment, demeaning language, and wrongful discrimination. They also invoke a notion of respect that implies solicitude for feelings and identities.

Students engaged in critical discussions of sensitive topics can find themselves the subject of a complaint claiming that they have breached one or another provision in the code, policy, or declaration (as well as in parallel policies regarding the use of email and other technologies). Students may file complaints alleging that other students have violated university rules, as may campus workers, university staff, university administrators, and even professors. 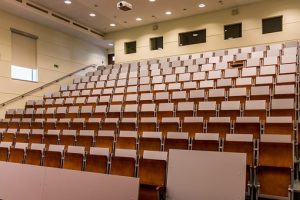 The code, the policy, and the declaration limit expression on campus, but so, too, might individual members of the campus community and the groups they form. Individuals and groups can limit expression through practices of shunning and shaming. Students who express an opinion or who simply float an idea might find that classmates who disapprove of what they said give them the cold shoulder—or worse. If you say the wrong thing (either inside a classroom or outside one), you might find yourself the target of exclusion or hostility.

Why should students be free to express themselves without worry of sanction? Well, universities should be places of intellectual engagement, and intellectual engagement requires open and candid critical discussion. We don’t know how things stand until we have evaluated all the hypotheses that occur to us. If we suppress a hypothesis out of the worry that we will be reported to the authorities or lose our preferred social status among our peers, we prevent ourselves from coming to understand how things are.

Moreover, it is only in an environment of wide freedom of expression that students can develop into people who know their own beliefs and values and who believe and value as they do for their own reasons, rather than for reasons of psychological or social pressure. Universities, like Saint Mary’s, that encourage students to file complaints when people say things that offend or hurt them deny students the opportunity to develop into critical thinkers.

The argument that we need to be careful about what we say, that we should be sensitive to the hurt that hearing certain ideas can cause, is that being hurt or upset is unpleasant and can put a person off their work. Students won’t do as well should they think the learning environment hostile to what is important to them or to what is essential in their identities. This is worrisome more broadly when the offended students are from historically marginalized or oppressed groups, for a hostile learning environment might delay or prevent their entry into society’s professional and managerial elite. A leaky pipeline perpetuates inequalities in wealth or status among racial, ethnic, gender, or cultural groups.

This argument might have some relevance when directed at institutions meant to train people for jobs or careers. If the goal of the institution is simply to impart the skills, understandings, and attitudes required or useful for graduates to perform efficiently in their jobs, then perhaps rules regarding what may be said or how it may be said could help plug leaks. But students at a university want (or should want) their experience to be one of intellectual engagement with the things of the world. Because they aspire to be intellectuals, they must not be shielded from ideas. As they become intellectuals through experiencing the conflict of ideas, their focus changes from how a view affects them to whether that view is true or false, well-supported or ill-supported.

(A student some years ago informed me that she would skip the class in which we were to investigate the arguments for and against “the closet” as a social institution. It would be too upsetting, she said, to try to confront dispassionately the fact that some people would deny gays and lesbians public expression of their identities. I replied that, as a thinker, she couldn’t really be secure in her values and attitudes without considering criticism of them.)

Now you might expect or want me at this point to add a good word for respect. “Let us engage in free, open, and respectful discussion of the matters that interest us.” No, I won’t add “respectful.” First of all, it is unnecessary. If we attempt to understand a matter at hand, we will unbiddenly listen attentively to each other’s ideas and criticisms, for listening and considering will aid us in our project. Our task would not progress well were we to ignore our fellows or treat them with disdain. Second, having in mind the injunction to discuss ideas respectfully will distract us. Rather than behaving respectfully as a matter of course, we would be conscious of the intention to behave respectfully, and that could easily bring us to worry that we are failing in our intention. Better simply to concentrate on our investigation.

Most importantly, though, is the fact that “respect,” as found in university documents, is taking on a new meaning, a meaning in tension with respect as concern to treat others as intellectually and morally autonomous agents. When we respect others as autonomous agents, we abjure manipulating or burdening them. But when university officials direct us to “respect others,” they intend us to be careful about feelings and identities. That sort of care, though, might require that we keep our opinions quiet or that we dissimulate—or, in other words, that we treat people disrespectfully, that we manifest disdain for their autonomy.

So it is best that we leave “respect” out of it. When we are engaged in academic pursuits, we will treat people respectfully in the proper sense, and we don’t need to be told to do so. Telling us to respect others might make us think we are to handle our classmates gently, with solicitude for their feelings or identity. But that is exactly how we shouldn’t treat our peers in academic life.

My students: I would like to declare that no one in this class will complain to an authority about anything anyone else in the class has said. We are all free to respond critically to what we have heard—both in class and in writing. We are free to express our disagreement (and even our offence or hurt) and to explain why we think a view on offer is false or poorly supported by evidence or reason. If the behavior of a fellow student annoys you, you are free to speak to the instructor about it, should you not want to say anything to the miscreant directly. I would like also to declare that no one will impose the informal sanctions of shunning or shaming on classmates with whom they disagree or think morally reprobate.

I would like to declare that our classroom is a free-speech zone, but, of course, I cannot do that. My academic freedom does not extend to ruling null and void Saint Mary’s rules, stupid and deforming of our endeavor though those rules might be. Let me, then, merely ask each of you to evaluate the arguments in favor of freedom of expression in the classroom I’ve laid out and make up your own mind. I have argued that those who prize the academic mission of the university will not even think to file complaints about what a classmate has said, whatever that classmate said. I might be wrong about that, but even if I am right, it is still up to you to determine how strongly you prize your true purpose for being here.

Instructor’s Statement on Freedom of Expression in the Classroom