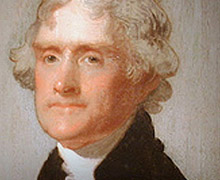 A lead grant from Foster Friess and LeftRightLeftRightForwardMarch! has launched the creation of “The Thomas Jefferson Student Award,” a national recognition program hosted by Free Think University that awards college students who engage in the free competition of ideas, participate in identifying common ground between politically diverse Americans, and who work to advance common good initiatives. 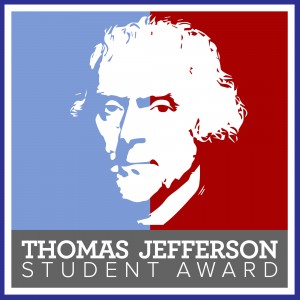 Winners of The Jefferson Student Award will be eligible to win one of 20 $1,000 scholarships to be awarded during the coming months, as part of the launch of a long-term national student recognition program.

In the realm of ideas and action, Thomas Jefferson was well known for being an American founder who promoted free inquiry.  In his letter on the censorship of religious books, and elsewhere, he made the point: “…for God’s sake, let us freely hear both sides if we choose.”

To earn The Jefferson Student Award, students will complete a series of online courses that will promote the “Left” and “Right” sides of the big issues being debated on campuses today, like Is the War on Poverty Succeeding?, What are the Limits of Scientific Inquiry?, Are You Color Blind?, Does Capitalism Hurt the Poor?, Is Population Growth a Problem?, Is America a Christian Nation? and Should Marriage Be Re-defined? In each of these courses, both the Left and Right points of view will be articulated.

In a course like Is Global Warming Theory True?, for example, students will hear from proponent Al Gore as well as MIT Professor Richard Lindzen, a global warming theory critic. After considering both points of view, students will be challenged to identify “common ground principles” on which they agree.  They will also be encouraged to identify “common good initiatives” which they can together agree should be pursued.  Some of those initiatives may receive grants from LRLRFM.com or other sponsors.

After engaging in each course, students may complete an assessment through which they earn Free Think University scholarship points.  These points, combined with demonstrated engagement in the competition of ideas and the advancement of common good initiatives, determine their qualification for the scholarships that are announced.

“Our nation needs young leaders in the rising generation who think critically and engage graciously in the competition of ideas – and who can find common ground principles and work for the common good,” said LRLRFM.com founder, Foster Friess.  “That’s what this first-ever scholarship competition is all about.  We want to find those kinds of students, representing political diverse opinions, and engage them and reward them.” 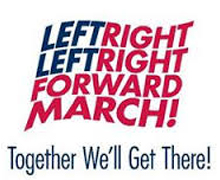 “We’re very excited to partner with LRLRFM.com in creating The Thomas Jefferson Student Award,” said Jim Van Eerden, Free Think University co-founder.  “Visionaries like Foster Friess and the team at LRLRFM.com are sending a great signal to students about the importance of being in the contest of ideas, and also about the importance of seeking common ground principles and acting at every turn for the common good.”

Free Think University is where more than 30,000 free-thinking students have joined what Mortimer Adler called “The Great Conversation” – the dialogue about The Big Questions of our day, and where they participate in one of the fastest-growing independent scholarship funds in America. For more information go to www.freethinku.com or follow @freethinku.

“LeftRightLeftRightForwardMarch! Together we’ll get there!” is an initiative of FosterFriess.com which seeks to restore civil discourse and civic cooperation between politically diverse Americans by promoting partnerships on projects that advance the common good.  For more information go to www.LRLRFM.com.