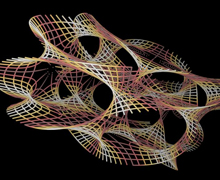 By Thomas P. Sheahen | For quite some time, science has been presented to the public in a distorted way.  Reports of statements by scientists are often stated as absolutely certain truths, never mentioning any doubts or questions.  Seldom do reporters inquire about how they became so certain, why they have such high confidence.

That image simply isn’t true.  A major disconnect exists between what really happens and reported science.  Real science is always subject to revision, never “absolutely final.”  In everyday conversation, a person might say “I’m absolutely certain about that” but among responsible scientists, even the strongest affirmations always begin with “To the best of our scientific knowledge at this time…”

Maybe, given the history of corrections in science (which come slowly), it might be wiser to show a little humility and allow for the possibility of a revision.

Philosophers were making much of the concept of determinism that necessarily followed from the physics-principle that if you knew the exact position and momentum of all bodies at any one time, you could predict everything that would happen in the future.  Among other things, this determinism implied that there are no real choices open to humans, no such thing as free will.  It seemed to be necessary to choose either religion or science, but not both.

Imagine the difficulty of being a clergyman in those days, trying to convince your congregation that it’s important to choose between good and evil, when the accepted “sure thing” science of the day said that everything that happens is determined by position and momentum of particles, and humans are merely subject to blind molecular forces.

That philosophy of determinism also gave credibility to things like Social Darwinism and theories of racial superiority, which had very ugly consequences.

Then along came Quantum Mechanics circa 1925, which replaced Isaac Newton’s equations with a more fundamental understanding of how atoms behave.  Classical Mechanics was shown to be just a limiting special case of reality, applicable to big objects.  Baseballs and trains still move as usual, but atoms behave quite differently from what had been believed.  Philosophically, a very significant correction was forced upon Classical Mechanics: It is impossible to know both the position and the momentum of a particle exactly.  That change completely undermined the philosophy of determinism.

As word got around that determinism was out, a lot of spokesmen for morality breathed a sigh of relief.  From a religious point of view, it turned out that God created a pretty flexible universe after all.

Physicists, chemists, biologists and others immediately started using Quantum Mechanics to explore new ideas and invent new devices.  An important change came over science, in that we must trust the testimony of others in order to grasp the experimental basis for the theory.  Centuries ago, you could repeat for yourself all the original experiments of Faraday or Galileo, etc.; but no more – many quantum experiments are too complicated.  You wind up believing what others state they observed.  In that way, faith enters the realm of science.  Today it’s routine practice to read a technical journal and believe what another scientist says is valid.  The progress of science has become an interlocking system of faith in other human beings.

One of the foremost physicists of the 20th century, Richard P.  Feynman, famously said “Nobody understands Quantum Mechanics.” That statement is very likely correct.  One counter-quip is “shut up and calculate,” meaning that Quantum Mechanics gives correct numerical answers, even if its philosophical interpretation is unclear.  The accomplishments of Quantum Mechanics include transistors, lasers, satellite communications, cell phones and countless aspects of everyday life that we take for granted.

Is Quantum Mechanics the final word?  No.  Over the decades as new sub-atomic particles were discovered, it has been further corrected and advanced to become Quantum Electrodynamics, then Quantum Chromodynamics.  In striving to assemble one theory that covers everything from quarks to galaxies, we have composed the Standard Model, which is certainly very comprehensive, but doesn’t quite enable Quantum Mechanics and General Relativity to fit together.

Currently there is great attention given to a branch of theoretical physics called String Theory, which uses very elegant mathematics to form a picture of fundamental particles.  Here the component of faith is even stronger: to get anywhere, you must believe that mathematical symmetry principles are the basis for all reality.  String Theory does not make any predictions that can be tested experimentally; that shifts the balance even further away from the customary practice of physics, where experiments take precedence over hypotheses and theoretical models.  For that reason, a finite fraction of physicists completely reject String Theory.

There are many other possibilities for corrections in the future.  It is generally believed by cosmologists that most of the universe is composed of dark matter and dark energy, which are inaccessible to our observations.  Dark matter is quite plausible: starting from our belief in the law of Conservation of Angular Momentum, we see that galaxies are rotating so fast they would fly apart, unless there is additional unseen (dark) matter present to hold them together.  That is a reasonable conclusion.

On the other hand, dark energy is a bigger stretch! The universe seems to be expanding faster than it should, based on observations from spacecraft of the last two decades.  To account for that, dark energy is postulated, along with a possible “fifth force” that drives the expansion of space.  Again, we’re dealing with something that cannot be seen; it is only faith in equations that justify the presumption that dark energy exists.

In the years ahead, further spacecraft will investigate the far reaches of the universe, and the hypothesis of dark energy may be revised.  It’s important to keep in mind that those investigations will be guided by theory that rests upon a large dose of faith.  Scientists who understand the limits of their own profession are comfortable with this reality, and won’t commit themselves to believing that any scientific theory is absolutely true and final.

Classical Mechanics is a very good theory … for the range it covers.   Likewise, Quantum Mechanics is very good in its applicable range.  Will it too be superseded one day? Perhaps.  The fact that I’m unable to imagine how doesn’t make it impossible.  It’s a safe bet to anticipate future corrections.

There is a further lesson here.  Knowing that faith and belief are significant components of science, it is reasonable to discern a similar role for faith and belief in other aspects of our lives.  There is no exclusive single path to knowledge, nor does science have some exalted status with other pathways of learning relegated to second-class status.  The human mind is very resourceful, combining different inputs to advance in understanding.  Prudent scientists are humble enough to respect that.

In today’s world, there are plentiful challenges to religious faith, and some of them lay claim to the “mantle of science.”  Ignoring the observational evidence from the universe we inhabit, some popularizers of science have invented speculations that the universe created itself, or that there are an infinite number of unobservable universes, etc.  Those speculations are entertaining parlor games, not to be confused with rational science.  None of these need be taken seriously.

What is worthy of serious attention is that the universe greatly exceeds human comprehension.  The elegance and mathematical beauty of the laws that govern it virtually shout “intelligence!” at everyone who thinks about it.  The most reasonable and responsible conclusion to draw is that the universe was created by that supreme intelligence.  It’s a fairly short step from there to the inference that God cares about the universe and the rational beings who inhabit it.

FTU Note:  If you found this article interesting, Free Think University considers this topic in its course, “Has Science Buried God?” which you can access here.