Environmentalism as the New American Religion 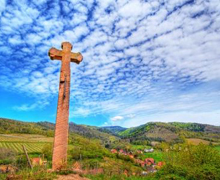 By Michael Crichton | Environmentalism is a perfect 21st century remapping of traditional Judeo-Christian beliefs and myths.

From a speech by the late novelist Michael Crichton to the Commonwealth Club of San Francisco, 2003:

Today, one of the most powerful religions in the Western World is environmentalism. Environmentalism seems to be the religion of choice for urban atheists. Why do I say it’s a religion? Well, just look at the beliefs. If you look carefully, you see that environmentalism is in fact a perfect 21st century remapping of traditional Judeo-Christian beliefs and myths.

There’s an initial Eden, a paradise, a state of grace and unity with nature, there’s a fall from grace into a state of pollution as a result of eating from the tree of knowledge, and as a result of our actions there is a judgment day coming for us all. We are all energy sinners, doomed to die, unless we seek salvation, which is now called sustainability. Sustainability is salvation in the church of the environment. Just as organic food is its communion, that pesticide-free wafer that the right people with the right beliefs, imbibe. . . . 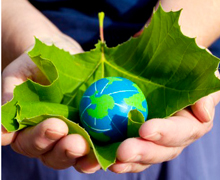 There is no Eden. There never was. What was that Eden of the wonderful mythic past? Is it the time when infant mortality was 80%, when four children in five died of disease before the age of five? When one woman in six died in childbirth? When the average lifespan was 40, as it was in America a century ago. When plagues swept across the planet, killing millions in a stroke. Was it when millions starved to death? Is that when it was Eden?