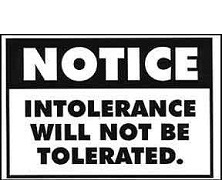 By Mark Movsesian | In the last few years, a new word has crept into our vocabulary: Christianphobia. As far as I can tell, the word is being used to refer to two different, though related, phenomena. The first is the anxiety and antipathy that traditional Christianity creates in cultural and intellectual institutions in the West: academia, journalism, publishing, the entertainment industry. I believe this is the “Christianophobia” to which Pope Benedict refers, for example, when he decries the growing “hostility and prejudice” against Christianity in Europe.

I’m not sure that “Christianophobia” is the right word to use in this context. The hostility to Christianity one encounters in the West is mostly ideological. What we have is a struggle between competing worldviews, one of which seeks to win by excluding the other, which it sees as irrational, from public debate. This strategy is illiberal, ill-informed, and childish, but it is not really “phobic” in the way we normally use that term. It reflects not so much a visceral antipathy to Christians as people as a desire for Christians to keep quiet and stop retarding social progress.

Now, things may be changing. When critics denounce Christians as “bigots” — for maintaining the traditional understanding of marriage, for example — that does imply a personal judgment. Bigots are bad people; you wouldn’t want them living next door to you or building a gathering place in your neighborhood. You wouldn’t want your children to associate with them. Maybe the ideological struggle in the West is becoming a personal one, in which Christians are seen as comparable to racists. I don’t think we’re there, yet, but I concede there’s evidence we may be heading that way.

The second sort of “Christianophobia” is that which exists in many parts of the Middle East, Africa, and Asia. This is a qualitatively different thing. In countries like Egypt, Mali, Pakistan, Nigeria, and Syria, Christians are being murdered and forced to leave their homes in large numbers. Churches are being destroyed and Christian villages emptied. “Phobia” certainly describes this phenomenon. If anything, “phobia” is too mild a term: what we are seeing in these places is the widespread persecution of Christians. Indeed, as German Chancellor Angela Merkel said last week, Christianity is “the most persecuted religion” in the world today.

How are these phenomena related? Even though the West is, slowly, recognizing the disaster befalling Christians in other parts of the world, it often seems reluctant to address the problem. I have to think that this reluctance results in part from a psychological disconnect. Western liberals who support global human rights are not accustomed to seeing Christians as sympathetic victims. Quite the contrary: they are accustomed to seeing Christians as adversaries to be resisted. It’s not clear how much the West can do to help suffering Christians in other parts of the world, of course, except by offering them asylum. Until attitudes change, however, it’s going to be difficult even to get the subject on the agenda.

Mark Movsesian is Director of the Center for Law and Religion at St. John’s University.