Chesterton and the Meaning of Progress 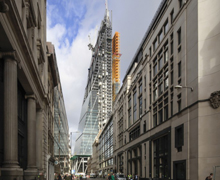 By Joseph Pearce | The great British writer G.K Chesterton insisted that progress is not merely a problem but is “the mother of problems”. It is, therefore, necessary to understand what progress is, and perhaps more importantly what it is not, before we can fully understand and solve the multitude of problems to which it has given birth.

At this juncture, we should confess that the god of progress is much more mysterious than the God of the Christians. As a blind mechanical force, it has no personality, yet it guides everything with a mystically benign hand. It has no will but its will is always done.

Enough of such nonsense! This sort of “progress” does not really exist; it is nothing but the superstitious fantasy of “progressives”. It is the mother of deception as its spouse is the father of lies. Let’s return to Chesterton for a healthy dose of sanity. “Progress”, wrote Chesterton, “is a useless word; for progress takes for granted an already defined direction: and it is exactly about the direction that we disagree.”[1] As usual, Chesterton cuts through the cant and cuts to the chase. Since progress is the means by which an end is achieved we cannot meaningfully talk about progress until we have decided upon the end towards which we wish to progress. Thereafter progress must be judged in relation to the end it serves. Against this vision of progress, Chesterton laments the fatalistic determinism of the “progressive” thinker whose vision of progress is amorphously goalless: “The typical modern man…has no positive picture at all of what he is aiming at, but only a vague (and erroneous) sensation of progress.”[2] It is to this typical modern man that Barack Obama was appealing when he reiterated ad nauseam the mantra of “change” during his successful election campaign. A populace bewitched by the god of progress will always be seduced by the magical charm of “change” because the progressive god promises that “change” is always for the better. The irony inherent in these calls for “change” is that they play on the discontentment of those who are the beneficiaries of centuries of “change”. If “change” is beneficially progressive why are we always discontented regardless of the numerous “changes” that we have experienced?

Ultimately progress must be measured against the ideal, the goal, to which we as individuals or as a society are striving. If the ideal to which we are striving is holiness, we can be said to be progressing towards the ideal to the degree that we live more virtuously. Thus we can speak of making progress in our spiritual life. If we forsake such an ideal in the interests of self-gratification, we have to radically change our understanding of progress; it is no longer connected to a growth in virtue but to the gratification of selfish desire. Any progress made in the direction of the first ideal will ipso facto be an act of regression with regard to the other, and vice versa.

All of this should be obvious to anyone with a mere modicum of common sense, yet it is seemingly overlooked by the way that the word “progress” is used in common parlance. We believe that humanity is progressing because technology is progressing. We see the all-pervasive evidence of technological progress and believe that this is synonymous with the progress of the species. This is curious in itself. Apart from the technological breakthroughs which can be seen as being beneficial, should we consider the guillotine, nerve gas and the nuclear bomb to be “progressive”? The guillotine facilitated the Great Terror following the French Revolution, enabling the modern world’s first secular fundamentalist state to terrorize its own citizens; poison gas in World War One choked the last vestiges of chivalry from the act of warfare; and the nuclear bomb still hangs like the Sword of Damocles, a portent of doom, over our increasingly and arrogantly myopic culture.

The past century has seen humanity turn its back on religion in the name of a so-called “progress” that, in reality, has been a frenzy of murderous debauchery. More people have been killed by “progressive” creeds like communism and Nazism in the past century than were ever killed in the so-called religious wars of the past. In the world before religion was banished by the new godless creeds of secularism, there were no labor camps, no concentration camps, no gas chambers, no blitzkrieg, no Hiroshimas or Nagasakis. And yet the new atheists, proclaiming the creed of “progress”, have the sheer temerity and audacity to claim that religion not sin causes war and bloodshed! And as for our own culture, it is considered “progressive” to legalize the killing of babies in the womb. If this is progress in any meaningful sense, it is progress toward the abyss. “As for our own society,” Chesterton remarked with ironic wit, “if it proceeds at its present rate of progress and improvement, no trace or memory of it will be left at all.”[3]