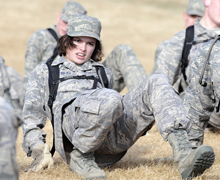 By Bari Weiss (Source – edited for size) | The cultural critic on why ignoring the biological differences between men and women risks undermining Western civilization.

‘What you’re seeing is how a civilization commits suicide,” says Camille Paglia. This self-described “notorious Amazon feminist” isn’t telling anyone to Lean In or asking Why Women Still Can’t Have It All. No, her indictment may be as surprising as it is wide-ranging: The military is out of fashion, Americans undervalue manual labor, schools neuter male students, opinion makers deny the biological differences between men and women, and sexiness is dead. And that’s just 20 minutes of our three-hour conversation. 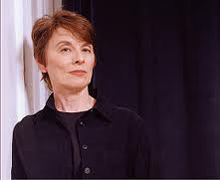 When Ms. Paglia, now 66, burst onto the national stage in 1990 with the publishing of “Sexual Personae,” she immediately established herself as a feminist who was the scourge of the movement’s establishment, a heretic to its orthodoxy. Pick up the 700-page tome, subtitled “Art and Decadence From Nefertiti to Emily Dickinson, ” and it’s easy to see why. “If civilization had been left in female hands,” she wrote, “we would still be living in grass huts.”

The fact that the acclaimed book—the first of six; her latest, “Glittering Images,” is a survey of Western art—was rejected by seven publishers and five agents before being printed by Yale University Press only added to Ms. Paglia’s sense of herself as a provocateur in a class with Rush Limbaugh and Howard Stern. But unlike those radio jocks, Ms. Paglia has scholarly chops: Her dissertation adviser at Yale was Harold Bloom, and she is as likely to discuss Freud, Oscar Wilde or early Native American art as to talk about Miley Cyrus.

But no subject gets her going more than when I ask if she really sees a connection between society’s attempts to paper over the biological distinction between men and women and the collapse of Western civilization.

She starts by pointing to the diminished status of military service. “The entire elite class now, in finance, in politics and so on, none of them have military service—hardly anyone, there are a few. But there is no prestige attached to it anymore. That is a recipe for disaster,” she says. “These people don’t think in military ways, so there’s this illusion out there that people are basically nice, people are basically kind, if we’re just nice and benevolent to everyone they’ll be nice too. They literally don’t have any sense of evil or criminality.”

The results, she says, can be seen in everything from the dysfunction in Washington (where politicians “lack practical skills of analysis and construction”) to what women wear. “So many women don’t realize how vulnerable they are by what they’re doing on the street,” she says, referring to women who wear sexy clothes.

Ms. Paglia argues that the softening of modern American society begins as early as kindergarten. “Primary-school education is a crock, basically. It’s oppressive to anyone with physical energy, especially guys,” she says, pointing to the most obvious example: the way many schools have cut recess. “They’re making a toxic environment for boys. Primary education does everything in its power to turn boys into neuters.”

She is not the first to make this argument, as Ms. Paglia readily notes. Fellow feminist Christina Hoff Sommers has written about the “war against boys” for more than a decade. The notion was once met with derision, but now data back it up: Almost one in five high-school-age boys has been diagnosed with ADHD, boys get worse grades than girls and are less likely to go to college.

Ms. Paglia observes this phenomenon up close with her 11-year-old son, Lucien, whom she is raising with her ex-partner, Alison Maddex, an artist and public-school teacher who lives 2 miles away. She sees the tacit elevation of “female values”—such as sensitivity, socialization and cooperation—as the main aim of teachers, rather than fostering creative energy and teaching hard geographical and historical facts.

By her lights, things only get worse in higher education. “This PC gender politics thing—the way gender is being taught in the universities—in a very anti-male way, it’s all about neutralization of maleness.” The result: Upper-middle-class men who are “intimidated” and “can’t say anything. . . . They understand the agenda.” In other words: They avoid goring certain sacred cows by “never telling the truth to women” about sex, and by keeping “raunchy” thoughts and sexual fantasies to themselves and their laptops.

Politically correct, inadequate education, along with the decline of America’s brawny industrial base, leaves many men with “no models of manhood,” she says. “Masculinity is just becoming something that is imitated from the movies. There’s nothing left. There’s no room for anything manly right now.” The only place you can hear what men really feel these days, she claims, is on sports radio. No surprise, she is an avid listener. The energy and enthusiasm “inspires me as a writer,” she says, adding: “If we had to go to war,” the callers “are the men that would save the nation.”

And men aren’t the only ones suffering from the decline of men. Women, particularly elite upper-middle-class women, have become “clones” condemned to “Pilates for the next 30 years,” Ms. Paglia says. “Our culture doesn’t allow women to know how to be womanly,” adding that online pornography is increasingly the only place where men and women in our sexless culture tap into “primal energy” in a way they can’t in real life.

A key part of the remedy, she believes, is a “revalorization” of traditional male trades—the ones that allow women’s studies professors to drive to work (roads), take the elevator to their office (construction), read in the library (electricity), and go to gender-neutral restrooms (plumbing).

” Michelle Obama’s going on: ‘Everybody must have college.’ Why? Why? What is the reason why everyone has to go to college? Especially when college is so utterly meaningless right now, it has no core curriculum” and “people end up saddled with huge debts,” says Ms. Paglia. What’s driving the push toward universal college is “social snobbery on the part of a lot of upper-middle-class families who want the sticker in the window.”

To hear her tell it, getting along has never been Ms. Paglia’s strong suit. As a child, she felt stifled by the expectations of girlhood in the 1950s. She fantasized about being a knight, not a princess. Discovering pioneering female figures as a teenager, most notably Amelia Earhart, transformed Ms. Paglia’s understanding of what her future might hold.

She proudly recounts her battle, while a graduate student at Yale in the late 1960s and early ’70s, with the New Haven Women’s Liberation Rock Band over the Rolling Stones: Ms. Paglia loved “Under My Thumb,” a song the others regarded as chauvinist. Then there was the time she “barely got through the dinner” with a group of women’s studies professors at Bennington College, where she had her first teaching job, who insisted that there is no hormonal difference between men and women. “I left before dessert.”

In her view, these ideological excesses bear much of the blame for the current cultural decline. She calls out activists like Gloria Steinem, Naomi Wolf and Susan Faludi for pushing a version of feminism that says gender is nothing more than a social construct, and groups like the National Organization for Women for making abortion the singular women’s issue.

By denying the role of nature in women’s lives, she argues, leading feminists created a “denatured, antiseptic” movement that “protected their bourgeois lifestyle” and falsely promised that women could “have it all.” And by impugning women who chose to forgo careers to stay at home with children, feminists turned off many who might have happily joined their ranks.

For all of Ms. Paglia’s barbs about the women’s movement, it seems clear that feminism—at least of the equal-opportunity variety—has triumphed in its basic goals. There is surely a lack of women in the C-Suite and Congress, but you’d be hard-pressed to find a man who would admit that he believes women are less capable. To save feminism as a political movement from irrelevance, Ms. Paglia says, the women’s movement should return to its roots. That means abandoning the “nanny state” mentality that led to politically correct speech codes and college disciplinary committees that have come to replace courts. The movement can win converts, she says, but it needs to become a big tent, one “open to stay-at-home moms” and “not just the career woman.”

More important, Ms. Paglia says, if the women’s movement wants to be taken seriously again, it should tackle serious matters, like rape in India and honor killings in the Muslim world, that are “more of an outrage than some woman going on a date on the Brown University campus.”