C.S. Lewis on the Modern Cult of Scientism 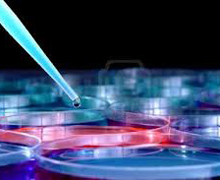 By John Stonestreet| C. S. Lewis was no opponent of science. But he was an opponent of abusing science….

If I told you ours is among the most religious ages in history, you might react the way you would if I told you I was from the planet Venus. “Come on,” you might say, “we’re living in a time of experimentation and peer-review. We’ve gotten rid of superstitions, we test our ideas in the laboratory, and we don’t just hope and pray for miracles—we make them happen on the operating table.”

And you’d be partially right. Science has made the last few generations in the developed world among the most prosperous, long-lived and technologically-advanced generations ever. We don’t stick leeches to people anymore—we give them antibiotics. And from a Christian perspective, that’s the result of a worldview that sees the universe as predictable, orderly and designed. In fact, Christians have historically been at the forefront of science. The list of names of scientists who were also believers is staggering. And they prove that religion and science aren’t incompatible, when both are rightly understood.

But in our time, many have come to religiously revere and trust science not for its ability to unlock the mystery of God’s creation, but because it’s allowed them to dismiss God altogether.

This worldview—which says that science alone can yield transcendent truth without religion—is called “scientism,” and it’s behind a lot of the most disturbing headlines we’ve seen recently….stories about a surgeon who says he can perform “head transplants,” a scientist who can produce sperm from women and eggs from men, and a company right here in the U.S. that’s patented technology to manufacture “designer babies.”

All of these stories have one thing in common: They evoke applications of science that should make any good ethicist’s head spin (which now that doctors can reattach heads, is fixable). Each of these “breakthroughs,” of course, has already or will likely be billed as a way to alleviate suffering and make the world a better place.

But the problem, as C. S. Lewis would have pointed out, is that science alone can’t tell us what constitutes a “better world.” That’s a question of ought, and science only tells us what is.

Enter  the “The Abolition of Man,” a book whose title summarizes Lewis’s biggest critique of scientism. He writes that many in his day who expected science to conquer nature and engineer a better humanity were actually enslaving themselves to the worst aspects of human nature. In doing so, he argued, advocates of scientism discarded what really sets human beings apart from animals—the ability to know and do what’s right. They were, as he put it, abolishing man.

And to this day, scientists who fail to recognize a moral order other than what will bring the most people the most happiness end up reducing us all to being less than human.

It’s a crucial point, and fortunately for us, Lewis didn’t confine it to his scholarly essays. Throughout his most beloved fiction, we find depictions of scientists who, seeking to transcend Christian morality, degenerate into fiends. Whether it’s the conniving Uncle Andrew from “The Magician’s Nephew,” the ghastly Unman from “Perelandra,” or the National Institute for Coordinated Experiments in “That Hideous Strength,” Lewis filled his novels with parables illustrating the lesson he spelled out in “Abolition of Man.”

Right and wrong, he insisted, aren’t negotiable—not even in the name of science. We must not try to transcend Christian morality because it’s what teaches us how to use science, and what true human flourishing looks like….