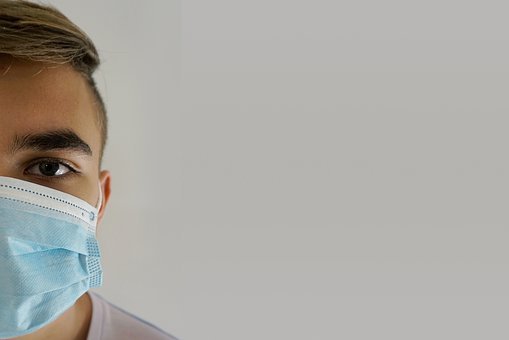 In Todd Haynes’ 1995 film, “Safe,” Julianne Moore plays an affluent housewife, Carol White. Carol leads a comfortable life with her husband and stepson. They live in an upscale home with a servant; she spends her days gardening, taking aerobics classes, and seeing her female friends. But Carol feels isolated from her environment. The relationship with her husband is polite and respectful but distant. Her stepson doesn’t much like her, and her friendships are based on social standing. Carol’s concerns are trivial, like attending a baby shower, getting a perm and a manicure, and causing an uproar over the fact that the furniture company delivered a wrong-colored couch.

Carol is suffering from malaise, and everything she does takes extra effort. She begins to feel physically sick, first from the exhaust fumes on the freeway, and then from the entire environment that surrounds her. She begins to watch videos about environmental disasters and how they influence our lives. The power of suggestion is strong and her mind leads her to think she is allergic to chemicals. In order to alleviate her symptoms, she checks into Wrenwood, a health center whose patients all suffer from supposed “chemical sensitivities.”

Carol doesn’t get better, however, and she further descends into what she considers the safe zone, away from the environment, the people in it, and ultimately even her family. She ends up in a small geodesic dome akin to a concrete cell. She is alone, sitting on a metal bed, barely illuminated, muttering words of self-love and affirmation as the film ends.

Haynes’ film could be taken on a literal level but, of course, it also functions as a metaphor for an unstable life. Carol’s malaise is not in her body but in her mind. Without being fully conscious of it, she participates in an annihilation of herself. Although the film is supposed to take place in the late 1980s, with allusions to the AIDS epidemic and social commentary on the affluent apathy so popularly criticized in those years, as well as the advent of self-help books, videos, and gurus, the ideas of safety and risk-taking are very much part of our current society’s rhetoric and reality.

The COVID-19 crisis, which still appears to be going on in some absurdly undefined fashion, has brought out not only the political divisions among people but also the emotional and psychological divisions. At the beginning of the crisis, we observed people as being either afraid or not afraid of the virus itself, but as time went on, it became clear that the real division was between people who are afraid of life and those who are not.

Even after the CDC made an announcement that vaccinated people didn’t have to wear masks indoors anymore, many took to social media to proudly and “virtuously” announce that they will continue to wear a mask even after they have been vaccinated. They’re doing it for the sake of others, the narrative goes, but in reality, such decisions are grounded in fear. Much like Carol in Haynes’ film, they too are forsaking their family members by refusing to see them even after they have been vaccinated. Some have even said that they are afraid of venturing out and seeing people again, and therefore prefer to stay home and work remotely. One presumes that some of these people will continue to wear masks indefinitely, perhaps even alone in a car. 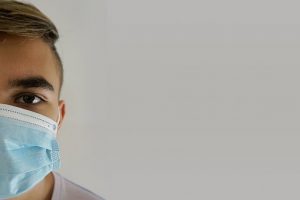 At the outset of the virus crisis and now, one of the primary challenges has been how to deal with authoritarian powers. But there is more to this. Totalitarianism and authoritarianism cannot multiply without willing participants. As Argentine writer Jorge Luis Borges observed, “dictatorships breed oppression, dictatorships breed civility, dictatorships breed cruelty; more loathsome still is the fact that they breed idiocy.” Those who were afraid of life to begin with and who were seeking their salvation either through ideology or government ended up being the very same people who were most afraid of the virus. Much like Carol White, they wanted to create a perpetual zone of safety to avoid their deep fear and denial of death.

One can have genuine and measured anxiety about life’s events, and such concerns should not be dismissed or ignored. What is currently happening in America, however, and in many parts of the Western world, is more than just a passing anxiety about the unknown. It is a malaise that is fueled by extreme inwardness and political ideology. The problem is that some people feel most content when not questioning authority, which is why the proponents of perpetual masking are mindlessly shrieking at anyone who dares to question the accepted ideological orthodoxy.

At the heart of this problem is alienation. This may be a human condition that takes different forms in different epochs, but current alienation driven by technology has positioned itself in a good place to serve as one of the factors promoting alienation through the vehicle of COVID-19. Attempting to bleach the world that surrounds them, those who unquestioningly follow the so-called scientific leadership (which has repeatedly lied to the people) have no qualms in treating others as mere germs. One of the biggest spiritual aftereffects of the COVID-19 crisis is the dehumanization of others (this is especially true of the morally reprehensible treatment of children during the pandemic, which still continues).

By nature, human beings are social and relational. To continue on a trajectory of dehumanization would be disastrous for the human mind and soul, and for our society. The pandemic has given us a glimpse of an anti-life dystopia in which people are weaponized against each other in order to achieve the political goals of certain power brokers. For instance, the idea of perpetual masking goes against the humanity of the other. The human face represents the very dignity of who we each are individually as human beings, and what passes for science today is woefully anti-rational and anti-human.

One of the repeated elements in Haynes’ “Safe” is Carol’s inability to feel joy, be it in seeing friends or being with her husband. She is powerless but paradoxically, she is relying on her own passivity to make choices for her. Her joylessness is therefore somehow less her own fault. The object of our current crisis has not been to get people back to life, joy, and pleasure but to institute a “new normal,” which involves denial of humanity and an excuse for our own lack of joy.

In The Origins of Totalitarianism (1948), Hannah Arendt observed that “ideologies are never interested in the miracle of being,” and this is precisely what we are witnessing today. The sooner we recognize that the problems brought on by the COVID-19 crisis are not only political, cultural, or economic but also deeply existential and spiritual, the sooner we might be able to fight the chaos of dystopian and joyless thinking, and continue to affirm the culture of life.