Are You Charlotte Simmons? 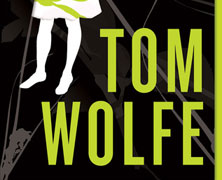 By Prof. Jack Lewis | I am Charlotte Simmons, makes his point with very little padding in place.  He aims for both the head and the stomach and seems to hit them both.  I will not spoil the story for you, which takes over 700 pages to tell, but I do believe his point is worthy of continued consideration in our modern university world.

In the story, a young girl heads into her freshman year at a fictional Ivy League-type school with visions of finding an intellectual paradise where she can think all the great thoughts, rub minds with peers and highly stimulating professors, and finally come away with a well-rounded mind and life.  Within minutes of hitting campus, the long slide down off the mountain of vision into the valley of “reality” begins.  Wolfe weaves a tale of several lives coming together around a very plausible plot that seems so “typical” that it is given great power in the imagination.  It is almost like each of us has known a “Charlotte Simmons.”

The problem that Charlotte wrestles with is that college is no longer a place fully given to the life of the intellect, but has become instead a place given over to experimentation, partying, and alternate “styles” of living.  Wolfe spares no detail (it appears from the acknowledgements that his daughters helped him with the fashions, language, and other aspects of on-campus parlance) in showing us the sordid underbelly that a morally neutral stance by most modern universities now produces.

As Charlotte discovers, even those who enter campus with firm ideals fastened in place by parents, church, and caring mentors will find the undertow of groupthink so strong that it takes any stance they may how out from under them.  Awash in amoral I-am-away-from-home-for-the-first-time-so-I-wanna-try-it-all-ism, Charlotte just does not seem able to process it all fast enough to know how to deal with it.  As powerful as I think the book is, it is hard to suggest that you read it, because it is such a sorry commentary on where we are today and by its intent must cause the reader to swim in a rather sordid pool of f-bombs and nasty behavior.  With the book now being almost a decade old, current students will probably believe the current situation even worse than the one painted by Wolfe.

There are several possible take-aways from this book, and they would help you think through your decisions either before or as you enter university:

1. The Fish Bowl is Filthy – Most college campuses are not set up to promote moral living but rather have in place a gauntlet of temptations that can shipwreck the strongest freshman.  Co-ed dormitories, tailgate parties, fraternity and sorority houses, hooking up, being sexiled, privileged classes of students (either due to wealth, athletics, or other such considerations), unengaged professors, and so on and so on are all there to steal your soul.

2. I Am Myself – You determine the kind of experience you are going to have at college.  Choices are made by the individual, even when no one else is making the same decision. In many ways, the environment that wears down a Charlotte Simmons can in fact make others stronger in their own views and moral choices.

3. This Ain’t Your Daddy’s College – Parents, college is not what it was when you were there, so don’t fall for that fallacy.  Get involved, talk with your freshman, ask the fifth question, or tenth, or however many it takes to know what they are facing in their classroom, dorm, and especially on the weekends.

4. Ideas matter.  In his book, Wolfe paints a picture of how few modern students have ever truly dealt with ideas, and how engaging and life-giving it can be to find real substantive conversation on a college campus.  Far too many are there to get grades and a diploma, not to think deeply about the ideas that will lead them through the rest of their life.  Seek thoughtful people out, and discuss the big ideas, even if you find folks who disagree with you.  Which leads to one last point.

5. Two are better than one.  Finally, I think the most telling aspect of Charlotte’s experience is that loneliness is a killer.  If you are headed into university, seek out, find, and keep a close friend.  Find someone you know shares many of your same values and ideals and stick with them.  Two are way better than one.

It should be also stated that one of the great ways to find great conversation and potentially deep friendships is through the on-campus cenacle program of freethinku.org.  Our campus ambassadors hold regularly occurring events that are quite irregular for student events – peers talk about the big ideas in very down to earth ways.  Contact us to see if there is a cenacle in your school, or find out how to start one.  The big ideas are the best food for thought.