Are We Seeing the Eclipse of Religious Liberty in America? 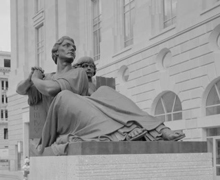 By Rod Dreher (edited for size) | A week ago today, Indiana Gov. Mike Pence signed a minor-league religious liberty law, one very close to the federal RFRA model, offering what, should it ever be appealed to in gay rights cases, would offer a small modicum of protection (the right to a hearing) to religious conservatives.  And then the world came crashing down, with much of the American Establishment — business, entertainment, news media, Democratic politicians — coming down hysterically hard on the state. Then it happened in Arkansas, whose governor quickly backed away from a bill he had previously supported after Wal-mart cleared its corporate throat and gave him the stink-eye. And here we are. 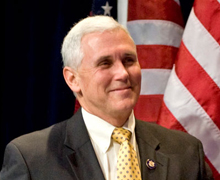 It seems to me that the real and lasting meaning of what has happened here is how, in the court of public opinion (at least the public opinion that matters as to how the country is run), we now see that religious liberty, a First Amendment freedom, is something contemptible when it clashes with gay rights. Not only something unimportant, but something despicable.

This is no small thing. It is a big thing. It is something so enormous that I think it’s going to take us a while to absorb what has happened, and what it means for the future.

The Catholic writer and veteran religion journalist Peter Steinfels is a religious liberal who is shocked by this development. From his Commonweal column asking what happened to liberals who believe in religious liberty:

The whole point of freedom of religion is that it protects an extraordinary gamut of differing, frequently conflicting cosmologies, spiritual disciplines, and moral codes.  They may include refusing to fight in defense of the nation, rejecting certain foodstuffs or medical treatments, discouraging young people from secondary or higher education, honoring celibacy or condemning a variety of sexual practices, sacrificing animals, drinking alcohol, or ingesting hallucinogens for ritual purposes, prescribing certain head coverings or hairstyles despite school or occupational rules, insisting on distinct roles for men and women, withdrawing from friends and family for lives of silence and seclusion, marching in prayer through neighborhoods on holy days, preaching on street corners or otherwise trying to convert others to these persuasions.

A great many of these beliefs and practices I disagree with.  Some I deplore. Religious freedom means I live with the fundamentalists who describe the pope as anti-Christ and my kind as hell-bound—and with the black nationalist sects who consider me a white devil.  Religious freedom means that I don’t have to send my children to the state schools if I choose not to nor does my Darwin-phobic neighbor.  It also means state schools or state events or state laws should not force people to participate in religious rituals or practices contrary to their consciences.

Religious freedom means that I may very well want to question, critique, refute, moderate or otherwise alter religious beliefs and practices that I find irrational or unhealthy or dehumanizing or, yes, bigoted; but knowing how deeply rooted and sincerely held these convictions are, and how much about the universe remains in fact mysterious, and how much about my own perceptions of reality could in fact be mistaken, and how much religions do in fact evolve over time, I accommodate myself in the meantime to peaceful coexistence and thoughtful engagement.  In particular I refuse to coerce religiously sincere people into personal actions that violate their conscience.  And I refuse to dismiss their resistance to such coercion as nothing but bigotry.

All my life liberals took the lead in defending and enlarging freedom of religion.  Now they seem to have shrunk into silence, indifference, or, worse, disparagement.  Contrary examples anyone?

Read the whole thing.  He is especially hard on The New York Times, for whom he used to write, for its hysterically biased coverage of the issue.

This is a moment of clarification for American culture. The only meaningful thing about the Christian religion to very many people on the left is what it says about homosexuality. Never mind the soup kitchens, never mind the inner-city ministries, never mind Catholic schools educating children of the inner-city poor who are not even Catholic, never mind Evangelical efforts in the developing world to alleviate sickness and poverty (e.g., some of the US doctors who caught Ebola were Evangelical missionaries who had dedicated their lives to helping poor Africans fight disease). None of it matters. All that matters is what they think about homosexuality.

Yes, this is a moment. One hopes that we will step back from the brink. One doubts that we will. A professor at a university sends this to me this morning, saying that he finds events this week — Holy Week for Western Christians — to be particularly meaningful:

The Eclipse of Religious Liberty