A Married Mom and Dad Really Do Matter: New Evidence 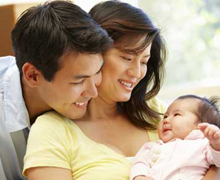 By  Mark Regnerus | A new academic study based on the Canadian census suggests that a married mom and dad matter for children. Children of same-sex coupled households do not fare as well.

There is a new and significant piece of evidence in the social science debate about gay parenting and the unique contributions that mothers and fathers make to their children’s flourishing. A study published last week in the journal Review of the Economics of the Household—analyzing data from a very large, population-based sample—reveals that the children of gay and lesbian couples are only about 65 percent as likely to have graduated from high school as the children of married, opposite-sex couples. And gender matters, too: girls are more apt to struggle than boys, with daughters of gay parents displaying dramatically low graduation rates.

Unlike US-based studies, this one evaluates a 20 percent sample of the Canadian census, where same-sex couples have had access to all taxation and government benefits since 1997 and to marriage since 2005.

While in the US Census same-sex households have to be guessed at based on the gender and number of self-reported heads-of-household, young adults in the Canadian census were asked, “Are you the child of a male or female same-sex married or common law couple?” While study author and economist Douglas Allen noted that very many children in Canada who live with a gay or lesbian parent are actually living with a single mother—a finding consonant with that detected in the 2012 New Family Structures Study—he was able to isolate and analyze hundreds of children living with a gay or lesbian couple(either married or in a “common law” relationship akin to cohabitation).

So the study is able to compare—side by side—the young-adult children of same-sex couples and opposite-sex couples, as well as children growing up in single-parent homes and other types of households. Three key findings stood out to Allen:

Employing regression models and series of control variables, Allen concludes that the substandard performance cannot be attributed to lower school attendance or the more modest education of gay or lesbian parents. Indeed, same-sex parents were characterized by higher levels of education, and their children were more likely to be enrolled in school than even those of married, opposite-sex couples. And yet their children are notably more likely to lag in finishing their own schooling.

The same is true of the young-adult children of common law parents, as well as single mothers and single fathers, highlighting how little—when you lean on large, high-quality samples—the data have actually changed over the past few decades. The intact, married mother-and-father household remains the gold standard for children’s progress through school. What is surprising in the Canadian data is the revelation that lesbian couples’ children fared worse, on average, than even those of single parents.

The truly unique aspect of Allen’s study, however, may be its ability to distinguish gender-specific effects of same-sex households on children. He writes:

“the particular gender mix of a same-sex household has a dramatic difference in the association with child graduation. Consider the case of girls. . . . Regardless of the controls and whether or not girls are currently living in a gay or lesbian household, the odds of graduating from high school are considerably lower than any other household type. Indeed, girls living in gay households are only 15 percent as likely to graduate compared to girls from opposite sex married homes.”

Thus although the children of same-sex couples fare worse overall, the disparity is unequally shared, but is instead based on the combination of the gender of child and gender of parents. Boys fare better—that is, they’re more likely to have finished high school—in gay households than in lesbian households. For girls, the opposite is true. Thus the study undermines not only claims about “no differences” but also assertions that moms and dads are interchangeable. They’re not.

Every study has its limitations, and this one does too. It is unable to track the household history of children. Nor is it able to establish the circumstances of the birth of the children whose education is evaluated—that is, were they the product of a heterosexual union, adopted, or born via surrogate or assisted reproductive technology? Finally, the census did not distinguish between married and common law gay and lesbian couples. But couples they are.

Indeed, its limitations are modest in comparison to its remarkable and unique strengths—a rigorous and thorough analysis of a massive, nationally-representative dataset from a country whose government has long affirmed same-sex couples and parenting. It is as close to an ideal test as we’ve seen yet.

The study’s publication continues the emergence of new, population-based research in this domain, much of which has undermined scholarly and popular claims about equivalence between same-sex and opposite-sex households echoed by activists and reflected in recent legal proceedings about same-sex marriage.

Might the American Psychological Association and American Sociological Association have been too confident and quick to declare “no differences” in such a new arena of study, one marked by the consistent reliance upon small or nonrandom “convenience” samples? Perhaps. Maybe a married mom and dad do matter, after all.